or do we mean revenge?

An amazing insight into how the legal process operates is recorded in a book by Michael Mansfield Memoirs of a Radical Lawyer.

Michael’s book opens with his early family memories which includes vivid details of times when the world operated slower and information was held by a few controlling collections of interested parties.

Those early days when questioning authorities was a lot more arduous than now. Communication and scientific evidence to prove the truth were often withheld to get a quick result which would satisfy the controlling parties who in turn would communicate to the masses that the result was best for all.

It is the attention to detail which makes the difference and examining evidence in an impartial manner to get to the truth is the main point which Michael Mansfield constantly strives in this book which we all should read at least once in our lifetime instead of blindly following the mainstream media’s representation of news stories, without thinking for ourselves.

We have a belief that forensic evidence and DNA will be sufficient to uphold a conviction. After reading this book we owe it to ourselves to look deeper for the truth.

Our human mentality sometimes confuses the difference between justice and revenge demanding a swift outcome in preference to accepting reality. 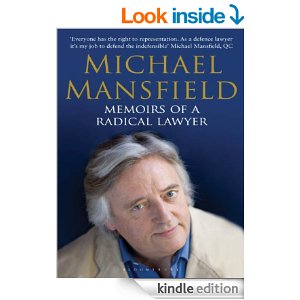 DISCOVER HOW THE 3 MOST POWERFUL SUPERFOODS ON THE PLANET CAN SWEEP 280 TOXINS OUT OF YOUR BODY TO HELP RESTORE GOOD HEALTH! • DROP EXCESS FAT AND LOSE WEIGHT! • INCREASE YOUR ENERGY! • IMPROVE JOINT COMFORT! • EASE UNCOMFORTABLE DIGESTIVE ISSUES! • DIMINISH WRINKLES!

Affiliate Disclosure: We only recommend products that we've either personally checked out ourselves, or that come from people we know and trust. For doing so, we may receive compensation. Copyright New-2-Babyboomers.com